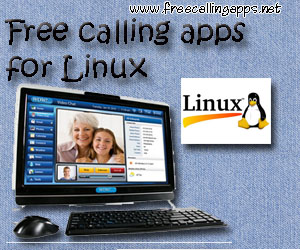 Google Hangouts is a messaging application of Google, the internet giant ,that lets you send and receive messages, photos and more. This is a plugin of Chrome browser and you must install chrome in Linux computer for use it.

Linphone is an open source messenger program,  you can  communicate freely with people over the internet, with voice, video, and text instant messaging. This works on Linux computers and laptops.

Tox is  an easy to use application that allows you to connect with friends and family in privacy. The all Tox features are  free unlike other brands , they charge you to pay for some features. Tox available for Linux computers and laptops.

Linux and all other open source soft wares  can be freely used, changed, and shared the modified or unmodified form by anyone. This article is useful to whom interested to make free calls from their Linux computers and laptops. We know this list in incomplete , we will update this list time to time and will  add more free calling providers.