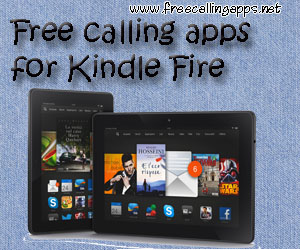 The Kindle Fire is a tablet computer  of Amazon.com.  Built with Quanta Computer, the Kindle Fire was announced on September 28, 2011. This is running in a custom version of Google’s Android operating system called Fire OS. The device which includes access to the Amazon App store, streaming  TV shows and other videos etc.

Amazon developed Fire OS  from the Android Open Source Project (AOSP). But this is totally different from Android operating system. The deep customization may hide the truth from you which Fire OS build from Android.

Kindle devices are  much better in other types of contents. Fire OS based Kindle devices and Fire phone support for Amazon’s video library, this is  still unavailable on regular Android devices. You can listen and enjoy from the wide  selection of music with cloud storage. Do you like  to read on a smartphone, kindle fire devices are best option for you. You can access wide rage of Amazon’s eBook collection in these devices .
The list of Kindle  devices are mentioned below  in order it was came out to market.

The free calling apps for Kindle Fire and Fire OS devices are described below. You can download apps from Amazon apps store by click below links and make free calls from your Fire OS based Kindle Fire devices and Fire phone.

Skype is a leading application for communication and this  is pre loaded on Kindle Fire and  Amazon Fire Phone. . It allows you to do free text, free call, free video calls , free file transfer between Skype users etc. The Skype also allows you to make free and Cheap calls to mobile and land line.
Read more about Skype . Download Skype for Kindle Fire.

Nimbuzz is a program for calling and messaging for the connected generation , the Kindle Fire version of Nimbuz also  available.. Nimbuzz helps you to send messages, make audio and video calls, share images, audio, video files and virtual gifts from your Blackberry.
Read more about Nimbuzz. . Download Nimbuzz for Kindle Fire.

UppTalk is a global communications app that provides  you free calls to UppTalk users and to any mobile or land line phone,  send SMS to any mobile and chat anywhere in the world for free.
Read more about UppTalk   Download UppTalk for Kindle Fire.

Tango is an application which helps you to make messages and calls from your Kindle Fire.Via Tango you can send messages ,make free video calls and voice calls,share photos and play games.
Read more about Tango app.     Download  Tango  for Kindle Fire.

Kindle Fire Tabs and Fire Phone users are growing rapidly and this article is very useful to whom loves making free calls from their Kindle device and Fire Phone.