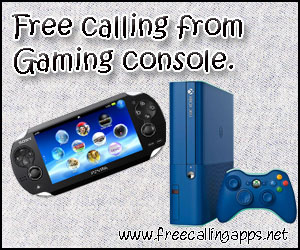 XBOX is the gaming console brand of Microsoft company . Microsoft developed and released this video game console, this available on sixth, seventh, and eighth generations . The XBOX brand was first introduced on 15th November 2001 in the United States, with the launch of the original Xbox console, which was the first video game console offered by an American company after the Atari Jaguar , that stopped sales in 1996. Microsoft got huge response from market and they sold over 24 million devices. Xbox 360 was the second released model,that launched in 2005 and sold over 77 million consoles worldwide. After the huge success of the Xbox 360 Microsoft’s most recent console is Xbox One, that launched on 21th May 2013. The Xbox One released in worldwide 21 markets.
You can make free video and voice calls from XBOX gaming consoles with Skype. You can make call to any your Skype friends to any Skype supporting device. Snap Skype to your favorite game and talk and play at a time. You will get call and message alerts on your TV screen, so don’t worry about miss a call. The another interesting feature is you can send instant messages to your Skype friends while you watch live TV or play games.

PlayStation is gaming console brand of SONY computer entertainment. The PlayStation brand was released on December 1994 in Japan , the launching product was original PlayStation console.Later  Sony introduced latest versions of PlayStation, that’s are Playstation 1,2 and 3. This PlayStaions are works with TV only , there is no separate screen.
The first small game console with screen in the PlayStation series is PlayStation Portable , that also call PSP, after the success of this small gaming console Sony company introduced PlayStation Vita, that has sold 4 million units as of January 2013. Skype is the only one free calling program supports on PlayStation. This supports PlayStation Vita model only. You can make audio calling without pause the game and also make face to face video calls via Skype.
Get Skype on PlayStation Vita is so easy. Log in to PlayStation store with excising PSN account. You can find skype app on social media section. Just download , install , login with Skype ID and enjoy the free calls.

Gaming console not only for gaming that you can also use for free calling.. Skype the only company supports major types of gaming consoles.