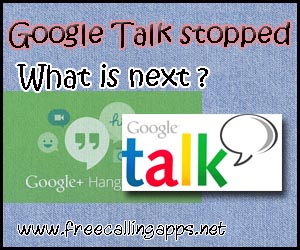 Google Talk, the messenger service of Google Talk has stopped its service.  Last some months Google Talks display the notification as shown below.
“Google Talk app for Windows will stop working on Feb. 16 2015. It is replaced by the new Hangouts Chrome app. Install the Hangouts app from http://goo.gl/yglfk6.”
Google Talk continued service after the date mentioned  in notification , but from this week users cant able to sign in to Google Talk . Google sent email to  Google users as below mentioned which i got.
Google talk was widely used in desktop before,but it became dull soon after the entry of smart phones.Google talk was one of the first program ,which helps us for making free calls,text and other communication purposes .Those who depend Google talk for communication are in trouble because of the cessation of Google talk service.This article is specially focused for such Google talk users to suggest a solution to their issues. 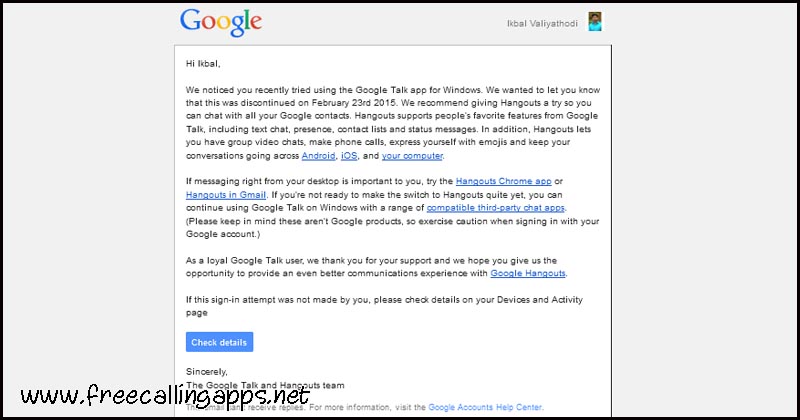 How to install Google Hangouts 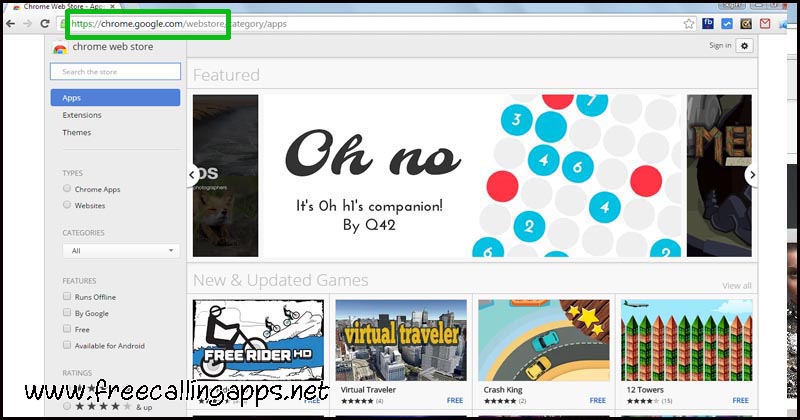 Type Hangouts in search column and click enter button.  A list of apps will appear on search results and select the Hangouts which appear first in the page.  Click the +free  blue button  for install the plugin. 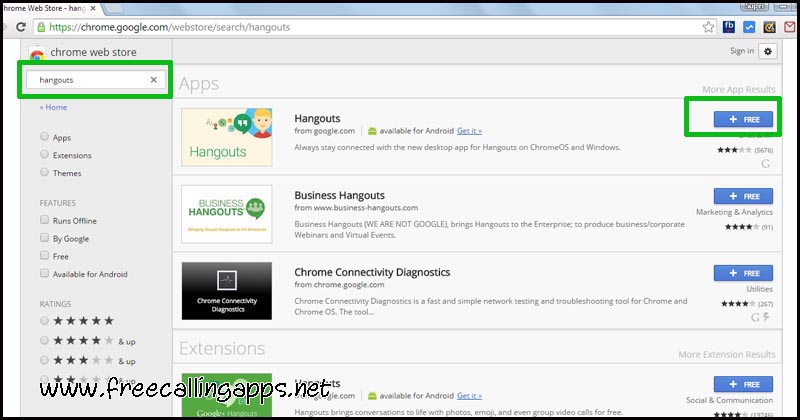 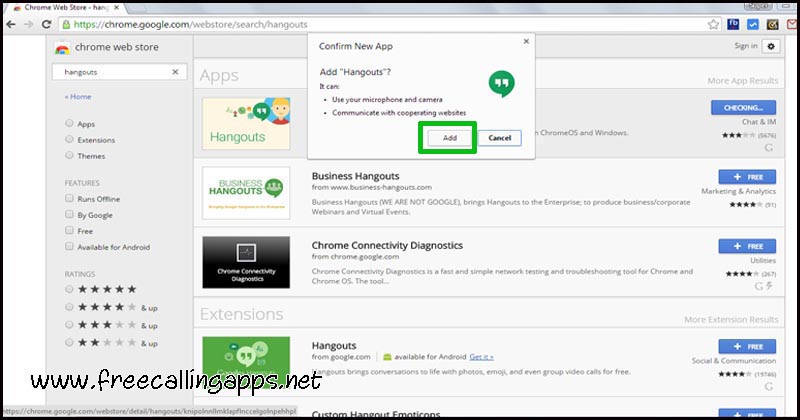 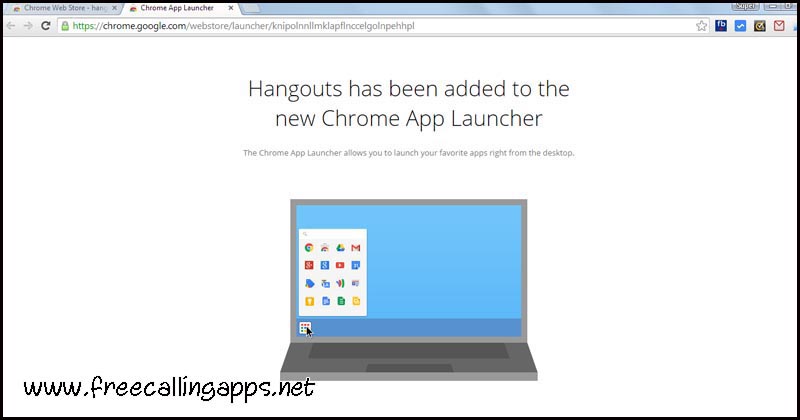 Chrome app launcher button can see in the desktop and bottom bar , click this button and click on Hangouts button.
Hangouts logo will appear on desktop. 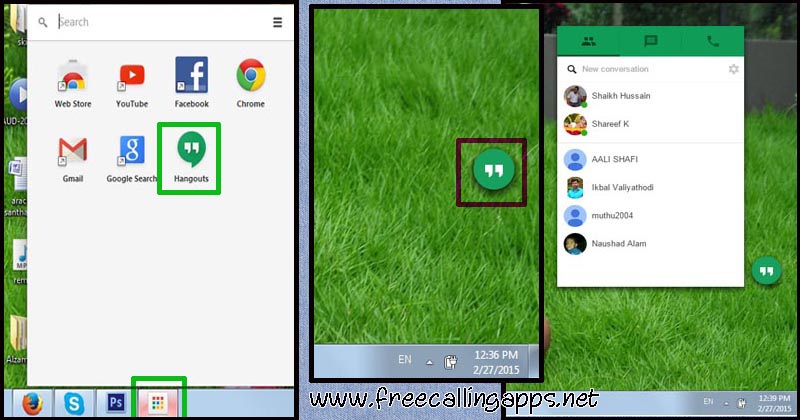 You can use this Google Hangouts app same like your Google Talk with more features.You can continue using Google Talk on Gmail and  with a range of compatible third party chat apps such as Pidgin, Trillian, Miranda IM etc.  Google warns you  these aren’t their own  products and you must caution when signing in with your Google account.

The video version of this tutorial